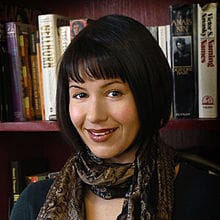 Investigative journalist Michelle Goldberg joined us to discuss her ideas on the influence of Christian Evangelical organizations on politics, the educational system and the legal system. In her book Kingdom Coming, Goldberg traces the financial and ideological ties of these groups with the Republican Party and how educational programs in many states in the US have been adapted to the creationist vision of the world. Goldberg’s introductory talk was followed by a debate on the influence of religion on Dutch politics and education. The debate was moderated by James Kennedy, Professor of Contemporary History.