On May 30, 1995, author Peter Matthiessen visited the John Adams Institute to speak about his book In the Spirit of Crazy Horse. The evening was moderated by Tracy Metz. 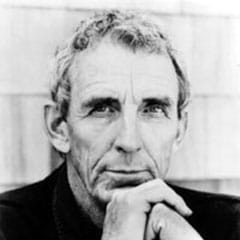 With a lifelong passion for the natural and the wild, Peter Matthiessen has explored South American rain forests and other wilderness areas, producing twenty-three published accounts of his travels, among them The Snow Leopard, which won the National Book Award. Matthiessen’s oeuvre also includes six novels and a personal account of his spiritual pilgrimage to Japan as a buddhist monk. Besides his natural and spiritual quests, he has written about the life of the Indians. At Play in the Fields of the Lord is a stunning drama about the fate of a tribe of Amazonian Indians. In the Spirit of Crazy Horse centers on Leonard Peltier, a prominent figure in the American Indian Movement in the 1970s. Matthiessen spoke about American Indian and environmental matters, and the origins and nature of his work.

Peter Matthiessen died from leukemia in April 2014 at the age of 86. Read his NPR obituary here.

One thought on “Peter Matthiessen”