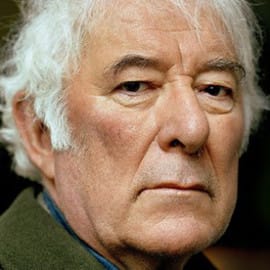 On January 26, 1995, The John Adams Institute, The British Council and The Cultural Relations Committee of Ireland hosted an evening with the poet Seamus Heaney. Often called ‘the greatest Irish poet since Yeats’, Seamus Heaney’s standing is universally acknowledged. Starting with his debut collection Death of a Naturalist, followed by another fifteen-odd titles including the politically controversial North, his work has been received with unanimous admiration. Deeply rooted in his native Northern Ireland, Heaney’s poetry combines the ‘earthy vigor of his rural origin’ with the ‘literary sophistication of the Irish and English poetic traditions’. This reflects his complex and somewhat ambivalent cultural identity as an Ulster Catholic who grew up on a farm in Derry, and who now holds an Irish passport; and as a poet and acadmic trained in the British classical tradition. His response to the recent history of Northern Ireland was also, in a certain sense, ambivalent: Heaney wrote directly about ‘the Troubles’, while at the same time defending the right of poets to remain private and apolitical. The event was moderated by Robert Druce.

Seamus Heaney died in 2013 at the age of 74. Read his obituary from The Guardian here. 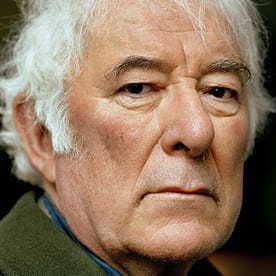