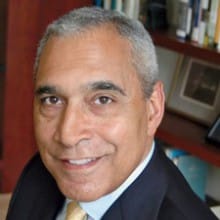 Barack Obama is the most compelling political figure to come out of the U.S. in at least a generation. At the core of his personality is his biracial background. Shelby Steele -a research fellow at Stanford University and a winner of the National Book Critics’ Circle Award- is also the child of a white mother and a black father. He sees both Obama’s promise and pitfalls as rooted in his search for identity. One month before the presidential election, Steele came to Amsterdam to share his thesis, which is provocatively spelled out in the English subtitle of his book: “Why We Are Excited About Obama and Why He Can’t Win.”