The Enchantment of Lily Dahl 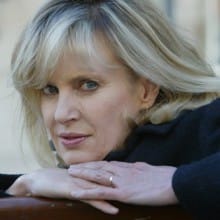 Celebrated novelist Siri Hustvedt came to the John Adams Insitute to give a lecture about the concept of enchantment and her novel, The Enchantment of Lily Dahl. She first received much critical acclaim with her debut novel The Blindfold (1992). In The Enchantment of Lily Dahl, Hustvedt creates an intriguing, atmospheric world in which she explores boundaries between real life and dreams. Her heroine, Lily, is young and beautiful, and works in Cafe Ideal in the fictional small town of Webster, Minnesota. She becomes fascinated by an outsider, Edward Shapiro, an artist from New York. Through him she embarks upon a thrilling voyage of erotic discovery and finds herself the fiction of fightening acts of madness. She is married to novelist Paul Auster and also visited the John Adams Institute in 2004.

If you like our past program, take a look at our upcoming speakers.