Listen, Liberal – or: Whatever Happened to the Party of the People? is the title of the newest best-selling book by Thomas Frank, political analyst and historian. In his previous book What’s the Matter with Kansas? How Conservatives Won the Heart of America (2004) Frank already explored the rise of populist conservatism in the US, focusing on his home state. Indeed, for the first 100 days of Trump’s presidency, the Democrats have not been able to do much more than stand by and watch and listen, in disbelief and rage. Now the question is: what have they heard and what are they going to do?

Thomas Frank will be joined on stage by Pulitzer Prize winner Will Englund, former head of the Moscow bureau of the Washington Post. He will discuss the various claims, leaks and accusations, but will also draw an interesting parallel with events that happened a century ago: the Russian Revolution. Having just published his book March 1917, he is in a unique position to spot recurring patterns and similarities between events then and now – and to recognize the smell of revolution.

Frank and Englund will be joined by Boom Chicago comedian Greg Shapiro. Greg recently went viral as the voice of Trump (“Grab ‘em by the pony”) in the hilarious video in which Arjen Lubach introduces the Netherlands to Trump.

Is Trump the result of a revolution? Or will he unchain one? And will the rest of his presidency be as turbulent as his first 100 days? Join us on May 1st to reflect on one of the stormiest periods in recent American history.

Click  below to watch a video registration of the lecture. 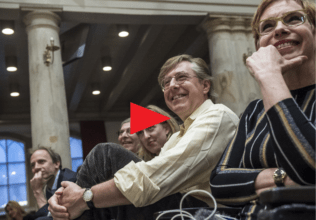 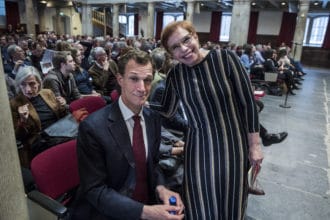 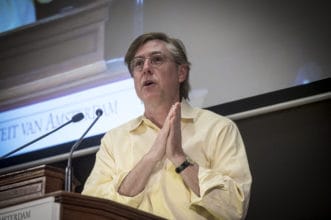 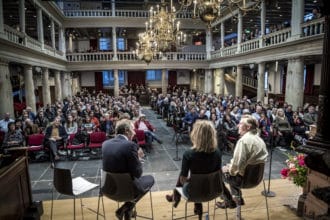 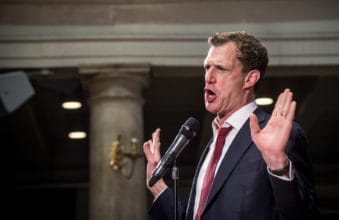 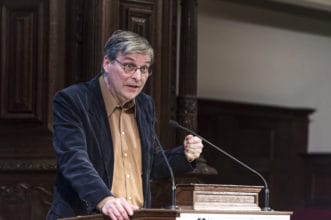 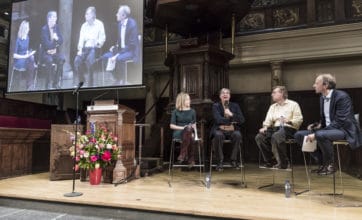