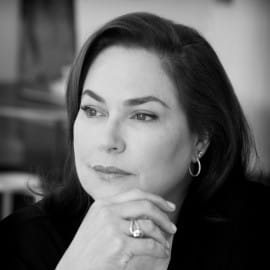 The John Adams Institute hosted an evening with the American writer and psychotherapist Amy Bloom. In the lecture series American Literature Today, she introduced her long-awaited novel Love Invents Us. The Dutch translation, Liefde maakt ons, was published by Nijgh & Van Ditmar in February 1997. In 1994, Bloom (1953) impressed the literary world with her first collection of short stories, entitled Come to Me. Her stories deal with people who act impulsively and consequently make mistakes. With direct and penetrating observation, Bloom is able to tell with wit and irony about powerful emotions. The thread that runs through all of Bloom’s stories is love – pure and impure, messy, inconvenient and wonderful. Love Invents Us is based on one of the characters in Come to Me. The main protagonist is the clever and difficult child Elizabeth, who finds the care and attention she lacks from her parents with furrier Klein. As she grows up her friendships widen to include Mrs. Hill, the blind elderly neighbor she cares for (and steals from), her English teacher, and Huddie, a black basketball player, whose parents oppose their relationship. As she grows into womanhood, Elizabeth continues to cause chaos, but those caught in her orbit – the reader included – still find her irresistible. The novel gives a sensitive presentation of love, tragedy and humor, across generations and across racial difference. Amy Bloom currently lives in Connecticut, where she combines her psychotherapy practice with her writing. Bloom’s stories have appeared in leading American literary magazines and in the annual collection The Best of American Short Stories (1991 and 1992). Amy Bloom also visited the John Adams Institute in 2008 and 2014.

One thought on “Amy Bloom” 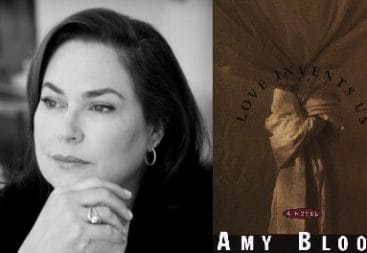