It might be an occupational hazard, but I have even more respect for Pete Souza sticking to his job for eight years than for Obama. It is probably because I simply cannot imagine what it would be like to be the President of one of the most powerful countries on earth. I can imagine how it must be to take pictures of the same subject for such a long time. Quite difficult. Of course Souza says he is never bored, because it is great to be allowed to take picture of the President from up close. This is imagebuilding too. He is a good photographer, and he has an extraordinary position. But I cannot imagine that he doesn’t sigh once in a while when he enters the Oval Office: what photographic trick shall I perform today to get an interesting result?

You can see the entire collection here.

Until Jan. 20th, when Obama’s successor Trump will be inaugurated, the John Adams will present once a day an image and a text from the project Sterre Sprengers published on the daily online news medium ‘De Correspondent’. 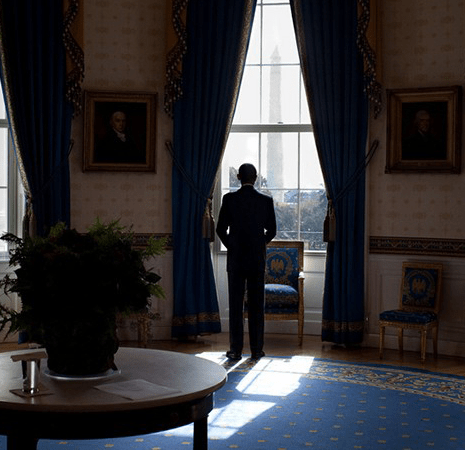 Collection 1:  Obama at work.
No matter where you are standing in The Oval Office, whether it is day or night, you’re always in a big photo studio.

Collection 3: Obama likes to do (most of) the talking.
Everyone present benefits if the image is created that this is an intimate gathering. This is not a hostile, business-like meeting.

Collection 4: Obama and the flying babies.
Children can disarm the most powerful man on earth.

Collection 5: Obama and the secret of his love.
Barack doesn’t have to claim her, because he has no competition. Everybody know she is his wife.

Collection 6: Obama, his view and his longing.
The President is small, the windows are enormous: he has dedicated his life to this task. The play of light: his obligations are momentous.

Collection 7: The First Lady is dancing to her own tune.
This means vegetables and gardening, jumping rope and playing tug-of- war, sack racing and yoga, playing table tennis and dancing. 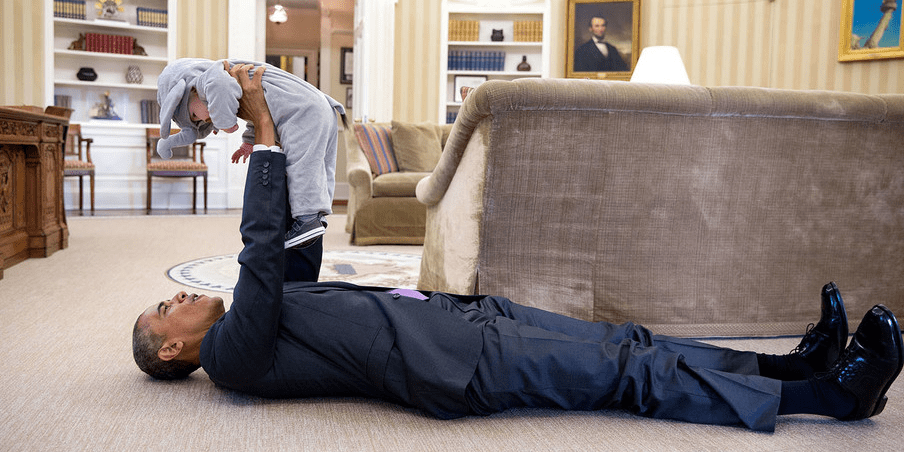 Collection 8: Obama and his selfish Selfies.
And Obama? He knows how it works. For him there is one thing left to do: pose!

Collection 10: The big exeption.
But this time, it is different. The composition reveals that Souza is surprised too.